Whether you’re a horror film buff or not, everyone loves Halloween, and this is typically a time when people might let their horror movie disliking slide, and watch one! After all, the aim of the game on Halloween is to experience that fright. So if you were looking for some inspiration for some movies to watch in the run up to this coming Halloween; you’re certainly in the right place! Listed below are some of the best Halloween films that will make you want to jump out of your seat. Sit back with your popcorn as the many jumps you’ll experience will make them fly all over the place! Creepy ghosts, scary zombies? We have something for everyone, for sure. 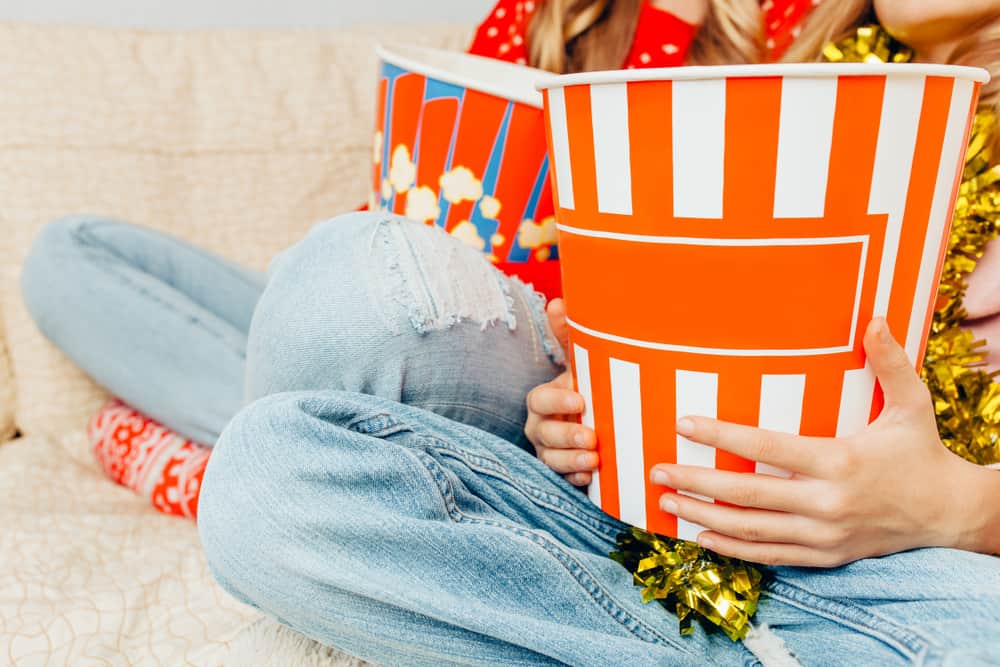 Okay so this movie has just come out, and early responses are mixed. The Halloween franchise is a cult classic in itself, with this particular film being the twelfth installment. At the end of the day, there isn’t going to be any major story surprises with a Halloween film. We are almost certain that the film consists of a variation of escaped killer Michael Myers coming back to town to continue his serial killing. However, how does Laurie Strode (Jamie Lee Curtis) fare in stopping him this time? We aren’t exactly saying come to watch this for the glamorous storyline, but if you’re wanting jump-scares, gore and some pretty horrific scenes this Halloween, well this is the film for you. Guaranteed with a Halloween film is the slasher aspect. Expect many deaths in the worst of manners.

This film isn’t so new, so perhaps you’ve already seen it. If you haven’t seen it? Well you’re in for a treat. If you have? We think it’s time to revisit it this Halloween! Insidious is an American-Canadian supernatural horror film and even boasts an IMDB score of 6.8, which for a horror film is not that bad. The film also features horror movie favorite Patrick Wilson. You know if he’s in a horror film, its likely to be at least watchable. The story follows the life of Josh and Renai Lambert, along with their 3 children as they move into their new home. One of the children falls into a coma and the family are perplexed. As supernatural events begin to occur around the home, can Josh and Renai save their child from the demons that possess? A good film if you’re looking for a fright, with a storyline that will even keep you hooked.

Starring horror power-duo Patrick Wilson and Vera Farmiga as Ed and Lorraine Warren, the best thing about this horror franchise is that they are based on actual stories. Look, we aren’t saying that everything that happens in these films happened in real life, but supposedly aspects of the films are in fact true. This makes it all the more enjoyable. People love horror conspiracies, and they make for a great story. The first installment of this lengthy franchise is the best, and shows the story of how a demon has attached themselves to a loving family and refuses to leave. Horrific events occur as the family struggle, desperate for help. Can they stop the demon before it’s too late?

Sinister is scary good. For real though, the concept is exciting and this is one of the scarier films on the list. According to a report from Broadband Choices, this was physically the scariest film of the decade too. A group of 50 people were hooked up to heart rate monitors and made to watch over 120 hours of classic and modern scary films. It was Sinister who prevailed as the film that caused the highest average heart rate, at 86 beats per minute. At each jump scare in the film, average heart beats averaged 131 beats per minute! Funnily enough, the two prior mentioned films Insidious and The Conjuring sit at second and third. Hmm, maybe we actually have good taste in horror movies and you should in fact listen to our recs? Nonetheless, Sinister follows the story of Ellison Oswalt (Ethan Hawke) as they move to a new town. Oswalt is a true crime writer looking for inspiration, but he certainly gets more than he bargained for, that’s for sure. Who knew watching a movie where a guy finds movies can be so entertaining? Freaky, but fab- a great film that has will make you jump out of your skin every single time.