Barbershops were always a big deal, the important place where men got a haircut, shave and hot towel. Women go to the hair salon and nail salon, men go to the barbershop. They need to have their “me time” too! From 1992 until 2012, barbershops across the U.S. decreased by 23%. But, in 2013, there was an increase. You can now go to many major cities and find a ton of barbershops. Men have spoken and they’re thrilled their happy place is back and better than ever. 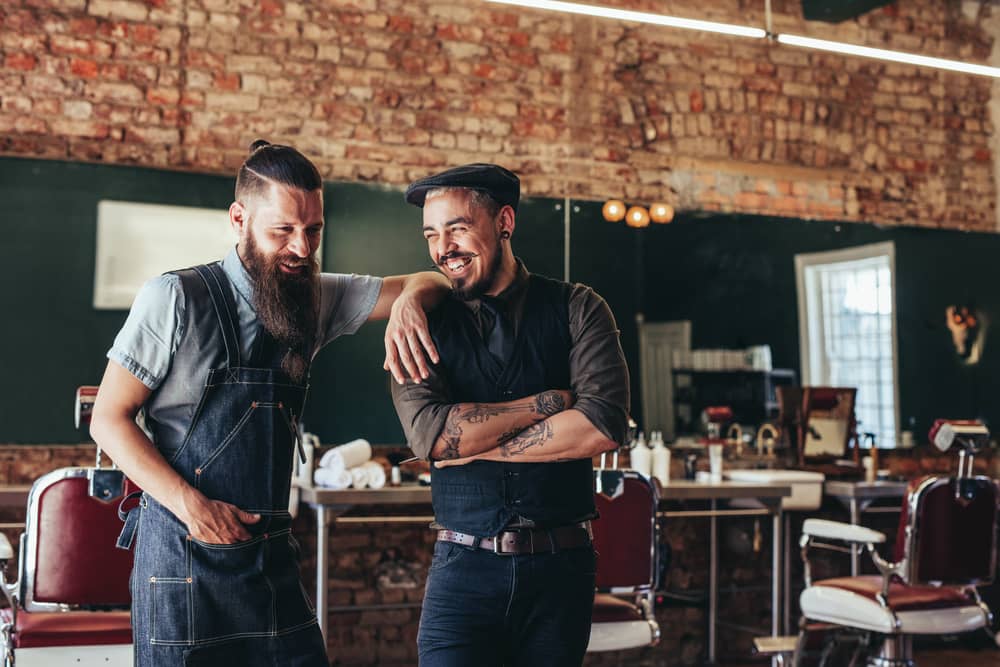 Why Barbershops Are Back & Better Than Ever

Believe it or not, the fastest-growing profession in the U.S. at the moment is barbering. Many barbershops are adding amenities, as well as setting services at higher price points, which is creating luxury salons for men. Many are also beginning to serve alcoholic beverages such as whiskey and scotch. It isn’t just about getting a haircut anymore, it’s about the whole experience.

Can you believe the men’s grooming industry was worth $20.3B in 2015, and is expected to rise to $26B by 2020? Barbershops today are far more expensive than those many of our fathers and grandfathers frequented. Men in the United States can expect to pay around $40 for a haircut, and $90 for a haircut and shave.

The barbershops of today are designed eloquently, usually with lots of leather and rugged touches like animal heads. Many have TV’s and most carry endless bottles of alcohol on hand. Some men may visit the shop every week, while others may make it a monthly venture.

Barbershop frequenters have said it’s a bit of pampering for themselves and their male counterparts. This isn’t a place to pop in and out of, this is a place to lounge, interact, and stay for awhile. One customer said, “You don’t just look better — you feel better too. It’s something special. I know when I go on a Thursday afternoon it’s going to be a good weekend. You’re ready.”

Keep your eye out for the new and improved barbershops, they are here, and we think (and hope) they are here to stay.